Founding Director Sadiq Miah was invited to attend and speak at Google Zeitgeist, one of the most high-powered gatherings of business leaders, thinkers and those that are considered to generally shape the global future.

We are very proud to have be part of this year’s Zeitgeist event as it is an exceptional opportunity to showcase the work of our organisation to the biggest names and companies in the online and technology world. Attendees this year will include Angela Ahrendts chief executive of Burberry, Maurice Levy chief executive and chairman of Publicis, Claudio Corbetta Managing Director of Dada.pro, the Chancellor George Osborne, Yuri Milner the founder of Russian tech-giant and Facebook investor DST, and Professor Stephen Hawking the director of research at the Centre of Theoretical Cosmology at Cambridge. Joseph Stiglitz the American economist, Martha Lane Fox the founder of lastminute.com and the Government’s “digital champion”, and Simon Wolfson the chief executive of Next, were also be at the Grove Hotel in Hertfordshire, where the event was being held amid tight security.

The Zeitgeist event has a series of talks taking place over the two days, and I was given the opportunity to be part of a panel, sharing my experiences with Future Voices International. The experience was exceptional and the response from the attendees about our project was very positive. Public speaking on such a scale in front of a packed audience with a net worth in excess of multiple billions of pounds is a rather daunting experience! The Google host’s were fantastic; they prepped us well, with specialist master classes taking place exclusively for the Youngminds. We had personalised inspirational sessions from people like, Jared Cohen, Geoffrey Canada and a variety of lead Google’rs.

The prospect for Future Voices International are endless, this opportunity hopefully will give us the exposure and to continue changing lives of people living in hardship and bringing their social issues to the forefront.

This entry was posted on May 30, 2011 by futurevoices. It was filed under Future Voices International, Media . 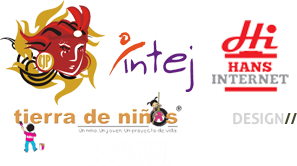